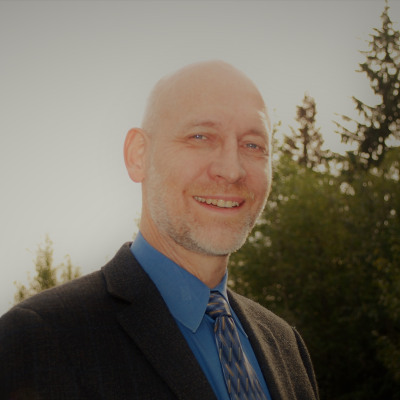 Sean Irvine is the managing director at Mojo Ventures where he leads a consulting practice and a small investment fund.  He also supports investment due diligence work at Keiretsu Northwest, e-Fund and WUTIF.  He is also an Executive in Residence at the Foresight Cleantech Accelerator in Vancouver supporting “green tech” entrepreneurship across Canada.  His corporate governance experience includes small technology companies, a venture capital firm, and several not-for-profit organizations.  His consulting practice helps executives to build effective competitive strategies, communications, and operational plans.  Day to day, he coaches CEO’s CTO’s and CMO’s using an array of simple tools to streamline decision-making and maintains a network of preferred vendors who are experts in different aspects of growth and technology commercialization.

As an academic for 18 years, Sean taught at the University of British Columbia to MBA students (Intellectual property & Business Strategy) and to the Master of Engineering Management Program (Intellectual Property & Technology Commercialization).

As a public servant, Sean held various federal government management roles ranging from analysis and Ministerial briefings on cross-border tax policy to issuing over a thousand Canadian patents while at the Canadian Intellectual Property Office.   As an industry development leader, he spent a decade at Industry Canada investing in western Canada's life sciences industries, and half a decade at Fisheries and Oceans Canada investing in sustainable aquaculture.  From political briefing books to management accountability frameworks and province-wide stakeholder communications, he has been there.

As a technical innovator, he managed complex construction projects in the field such as the installation of the first underground municipal services in Iqaluit under permafrost conditions.  He has many technology development experiences ranging from coordinating bioproducts and medical device technology roadmaps to leading various software development teams.  He has broad project and change management experience derived from managing people and running teams for over 30 years.

As a skilled negotiator, he’s led labor negotiations, real estate transactions, technology transfer transactions, and more. He is a skilled communicator having edited hundreds of investment pitch decks and led many community engagement efforts. Sean has crafted and delivered many sales and marketing messages over four decades. Storytelling and win-win negotiations are in his DNA.

He lives in North Vancouver with his wife, two daughters, and his guitar.

Walter is a professional Industrial Engineer with over 40 years of experience working with industry and government in different management roles. He is comfortable leading teams across a variety of frameworks such as ISO, Lean and Six Sigma.  Walter has a P.Eng. in Industrial Engineering and a B.Sc (Hon) in Engineering-Physics.  He is also a Fellow of the Engineers of Canada (FEC) and is a Certified Quality Engineer (CQE) with the American Society for Quality.

As an Industrial Technology Advisor with the National Research Council, Walter visited 1,600 companies over 18 years, giving them operations management advice.  His best success was a factor 20 improvement in productivity.  In addition, he helped lead various national groups around Lean Manufacturing, Electric Vehicles, Green Energy and Construction.

Walter has many operations excellence stories to tell.  As a manager at a seafood company in Nova Scotia he instructed plant personnel on the implementation of new operations standards that delivered a savings of $1 million/year.  As a leader at a shrimp plant in Tampa, Walter led a team that saved $3.2 million per, with a 40% reduction in labour, and 50% increases in quality and productivity.  Finally, he coordinated the design and layout of a $2 million value-added fish plant for Saudi Arabia including documenting plant operations to assist in the start-up.

As the Production Manager at Coca-Cola, he managed 3 supervisors and up to 80 employees in a $100 million plant doing 15 million cases/yr.  He also improved line efficiencies by 15% while raising quality to best in world.

While at Michelin, Walter managed a crew of 30 personnel in the rubber extrusion department.  He led the crew to first place (of 4 crews) in quality and productivity within one month through facilitation and employee empowerment.  His work as an industrial engineer and operations management expert saved the company $1 million/year in operations expenses.  He eliminated a $360,000 capital expenditure by designing and establishing a repair shop within the existing building and he saved another $800,000 by coordinating maintenance personnel between plants.

As an instructor, Walter taught Quality and Industrial Engineering at the BC Institute of Technology for many years.  He is a sought-after speaker and has presented as far away as Ecuador and wrote an operations management book on Quality and Food Handling.

Operations Management is a way of thinking. It is a philosophy where problem-solving, teamwork, and leadership results in the ongoing improvement in an organization. The process involves focusing on the customers' needs, keeping the employees positive and empowered, and continually improving the current activities in the workplace. Leadership, people, and culture are key value drivers in any organization.   Walter Wardrop is an expert in the field and currently consults with companies in western North America who are serious about operations excellence.

Your session has expired!

Your session will expire in seconds!